Trump’s Use of Language 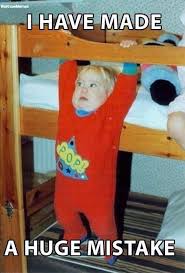 Full disclaimer: I am not and never was a supporter of Donald Trump. As much as I abhorred his style of campaigning and saw him as a misogynistic, racist, and cruel candidate (I cannot shake the image of him imitating a disabled reporter), I was always fascinated by his use of language. He usually spoke in very short sentences with a severely limited vocabulary, often in fragments, and repeated words and phrases many times in a row. He was far from a polished speaker, but I have no doubt his conversational style struck a chord with his audiences: he showed he was not above them, that he was at their level. He made them comfortable. Many poor, jobless, undereducated and uneducated people were able to relate to a New York City billionaire who attended an Ivy League school. Go figure.

The following items are far from a full analysis of his favorite words, just some that have stuck with me.

CLASSY: I built the Grand Hyatt right next to Grand Central Station —beautiful, classy job— but then the city denied my request to have the top 10 floors illuminated with my face at night. Can you believe that?

TERRIFIC: (About Obamacare): Repeal and replace with something terrific. (But no details were given.)

TREMENDOUS: I am worth a tremendous amount of money. I have had tremendous success.
(on Islam) There’s something there…there’s a tremendous hatred there.

DANGEROUS: (on protesters at Trump speeches) They are really dangerous and they get in there and start hitting people.

TOUGH: Mike Tyson endorsed me. You know, all the tough guys endorse me. I like that. OK?

MORON: (on Nelson Mandela’s funeral) What a sad thing that the memory of Nelson Mandela will be stained by the phony sign language moron who is in every picture at [the] funeral!

THEY: (This word indicates “the other,” those who are in opposition.)  (on immigrants) They’re pouring in. They are bringing drugs, they are bringing crime.
The Mexican government is forcing their most unwanted people into the United States. They are, in many cases, criminals, drug dealers, rapists, etc.
(on poor people who become politicians) And I said to myself, if they can stay so poor for so many generations, maybe this isn’t the kind of person we want to be electing to higher office. How smart can they be? They’re morons.

LOSER: (on John McCain) I supported him, he lost, he let us down. But you know, he lost, so I’ve never liked him as much after that, because I don’t like losers…. He’s not a war hero…. He’s a war hero because he was captured. I like people who weren’t captured.

STUPID: I went to an Ivy League school. I’m highly educated. I know words. I have the best words, I have the best, but there is no better word than stupid. Right?

4 responses to “Trump’s Use of Language”