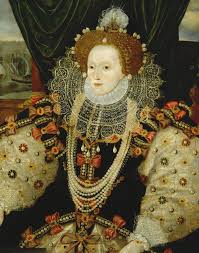 Here are some historical “facts” for your enjoyment, all courtesy of Just My Typo, compiled by Drummond Moir:

Chaucer was the father of English pottery.

The Normans introduced the frugal system.

When Queen Elizabeth exposed herself before her troops, they all shouted “hurrah.” Then her navy went and defeated the Spanish Armadillo.

One of the causes of the Revolutionary War was the English put tacks in their tea.

Drake circumcised the world in a small ship.

Hitler’s instrument of terror was the Gespacho.

And now you know.